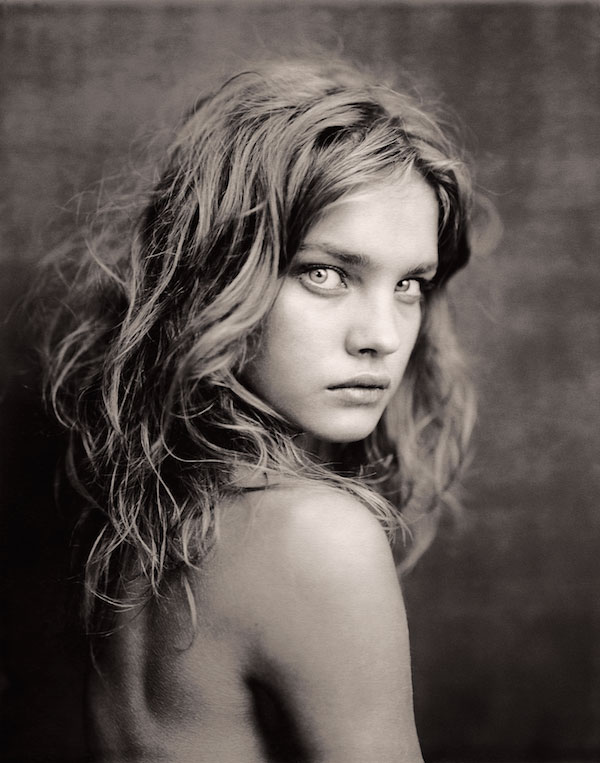 Photographed on large format 8×10 Polaroid film in Paris 2003. From the exhibition at Fotografiska Stockholm

Paolo Roversi  is one of my all time favorite artists & portrait photographers. Though many know, or perhaps see his images as fashion photography, his intimate portraiture & nudes, is one of the main reasons he stand out in the crowd.

Though his images are exhibited in galleries around the world, and sold as fine art photography prints, and original Polaroids, most of them are commissions for magazines like Vogue, W, ID & for advertising clients like Giorgio Armani, Guerlain, Dior, Cerrutti etc

In the 1980s Roversi started using large format 8×10 Polaroids, as his main technique, which is also a big part off his signature style. The 8×10 large format camera brings a slowness to the photographic process, that intensifies  the connection & the concentration between model & photographer. The special colors & contrast  of the Polaroid film & the instant process, fits perfectly to his beautiful  dark & moody images.

Roversi’ use of the large format Polaroid technique is a big part of his images & and the dreamy expression, but its important to know, that the mood, expressions etc is due to the man behind the camera.

When film stock ran out after Polaroid’s bankruptcy, it was time for a change.

At the time of writing Paolo Roversi uses a Hasselblad V camera with a digital camera back.

Dior Images by Paolo Roversi was published on February 27, 2018 by Rizzoli.

His book, “Natalia” with portrait & nude images of the Natalia Vodianova was scheduled for publication in 2017 by Rizzoli International Publications, but is still not unavailable at the time of writing.

This text was originally published in connection with Roversi’s exhibition at  Fotografiska Stockholm  October 4th – 12 January 2014.